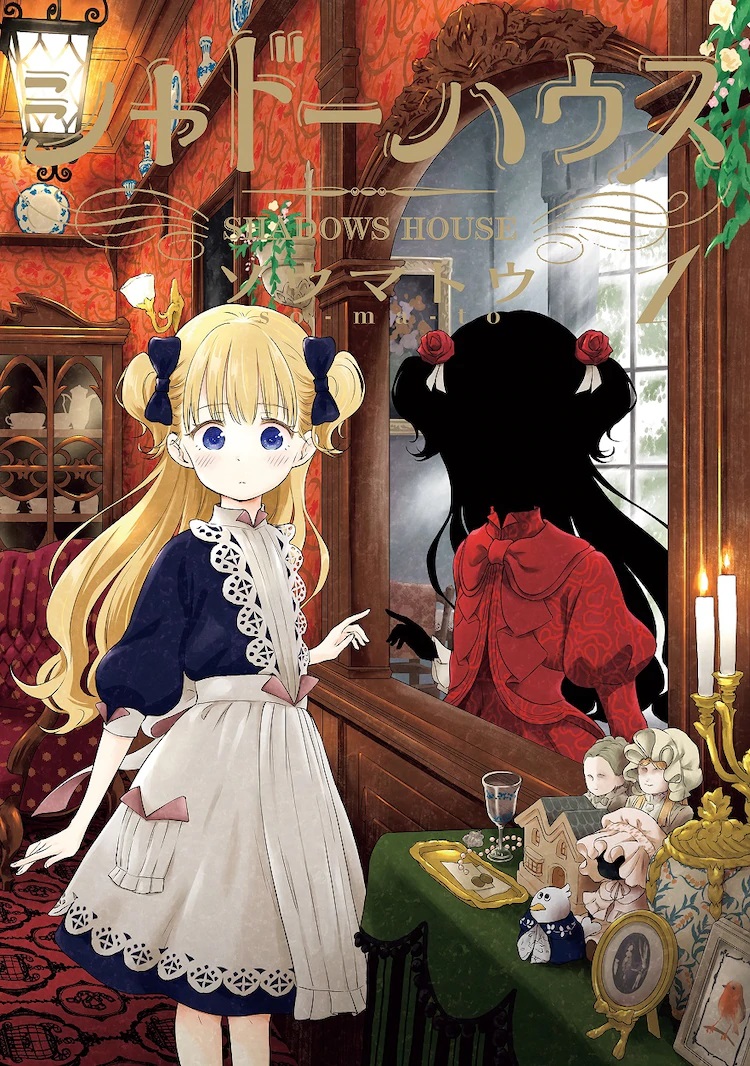 Some quick news for manga fans with a taste for the Gothic: Shadows House, a supernatural drama manga by somato about the mysterious everyday goings-on in a mansion populated by living dolls and shadowy phantoms, is being adapted into an anime. No further details (such as the cast, crew, format, and release window) have yet been revealed.

More info (including a teaser visual for the anime) will be released with the publication of Issue 48 of the 2020 volume of Shueisha's Weekly Young Jump seinen manga magazine, which hits Japanese distributors on October 29, 2020. A special website has also been published for the series, and additional updates will also be revealed via the official manga Twitter feed (@shadowshouse_yj).

Serialized since 2018 in Shueisha's Weekly Young Jump, Shadows House is set in a mysterious, Western-style mansion populated by a clan of "Shadows" who imitate the trappings of human aristocracy. The Shadows have no faces of their own, so they are attended by "living dolls" who act as their caretakers. The story follows Emilyko, a living doll, and Kate Shadow, the Shadow whom Emilyko serves.