Anime fans come from all walks of life and in all shapes and sizes. Some are students, some are scientists, some are doctors, some are artists, and some are even well-known musicians! Crunchyroll All-Stars is a series of interviews highlighting elite professionals who harbor a passion both for their art and for anime.

Today’s special music edition profile is on Guapdad 4000, a rapper and musician from Oakland, California. Guapdad 4000 has been an anime fan for most of his life, and we recently spoke with him about how he grew up with anime on Fox Kids, why musicians are drawn to anime, and more! 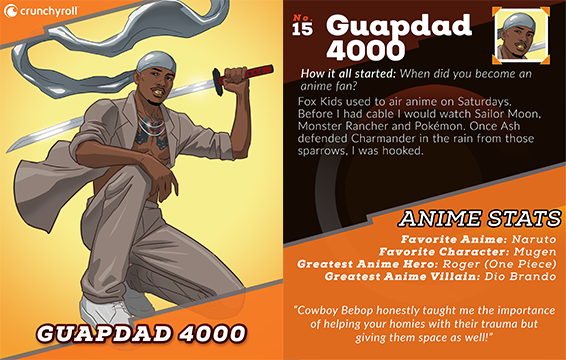 When did you become an anime fan?  Was there a specific moment that affected you or changed the way you felt about something?

Fox Kids used to air anime on Saturdays. Before I had cable I would watch Sailor Moon, Monster Rancher and Pokémon. Once Ash defended Charmander in the rain from those Sparrows, I was hooked.

Are there any ways you engage with your favorite anime series or characters aside from watching them?

Art! I started off tracing and then learned by hand and started actually drawing characters from anime. I was obsessed with drawing SSJ2 Gohan…and then he grew up…lol.

Have you ever bonded with someone else over anime?

Man, I remember being in the welfare office applying for food stamps. It was like 3 am and I talked to this kid with autism about Elfen Leid and Outlaw Star for hours. 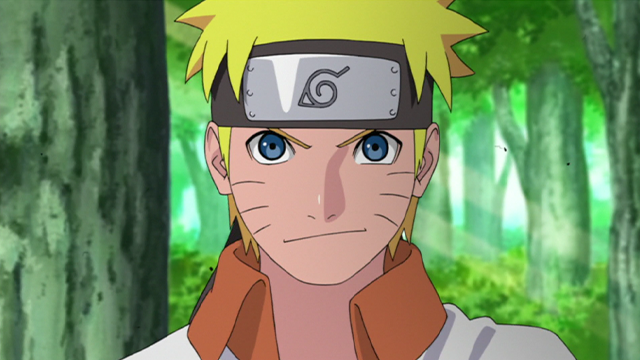 What’s your favorite anime series of all time?

Naruto. Pokémon was the spark and DBZ was the fuel, but I literally grew up with Naruto bruh.

Who’s your favorite anime character of all time?

Who would you rank as the top anime hero ever?

[Gol D.] Roger. That man did so much and we never saw him last an intro sequence lmao. He set the tone for the whole universe in One Piece. 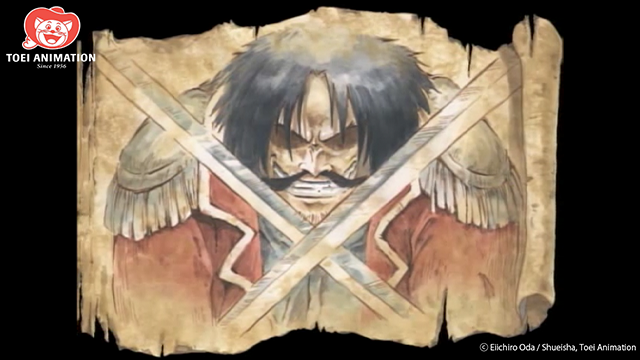 Who would you rank as the top anime villain ever?

DIO, that man is evil lol.

Have you ever taken any elements or learnings from anime and implemented them into your daily life?

Cowboy Bebop honestly taught me the importance of helping your homies with their trauma but giving people space as well!

It feels like more and more musicians are showcasing their love for anime — what’s anime fandom like in the music industry/hip-hop? And what do you think it is about anime that attracts musicians?

What would your message be to someone who recently discovered anime and was thinking about getting into it?

That small smirk. Not the one on your face — the one is your mind that thinks that scene is cool or that fight was crazy. Follow it. It’s not lying to you.

FEATURE: Unmasked! Rating the Best and Worst Masks in Anime